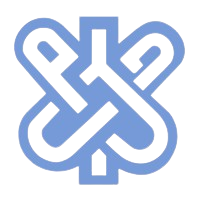 Carry out non-contact and App-controlled measurement of wall temperatures, as well as fuse and component temperatures in air conditioning systems: with the professional testo 805i infrared thermometer with 8-point laser circle for highly visible measuring spot marking.

The testo 805i infrared thermometer, in conjunction with a smartphone or tablet, functions as a compact IR thermometer for wall temperatures, as well as fuse and component temperatures in air conditioning systems. The measuring point is marked clearly with a laser circle made up of eight dots – so you always know precisely where to measure.

Documentation including images via App on a smartphone/tablet

With the testo Smart App installed on a terminal device, users can view their readings conveniently. And that’s not all: the App can also be used to create and document images, including temperature values and laser marking. A separate measurement menu makes it easier to detect areas that are susceptible to mould. Particularly useful: a list containing the emission levels of certain materials is already stored in the App, so there’s no longer any need to waste your time looking these up in tables. All measurement data is displayed either as a chart or in table form. The measurement data log can then be emailed directly as a PDF or Excel file.

testo 805i infrared thermometer with smartphone operation, including batteries and calibration protocol.